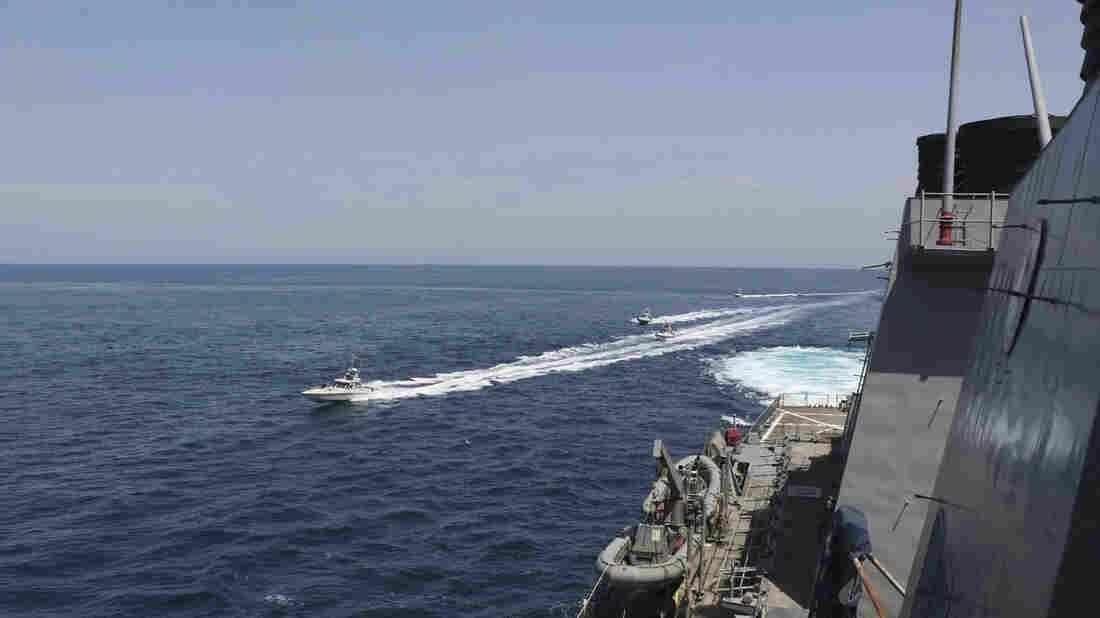 Iranian Revolutionary Guard boats come close to a U.S. warship in the Persian Gulf near Kuwait, in this photo provided by the U.S. Navy. 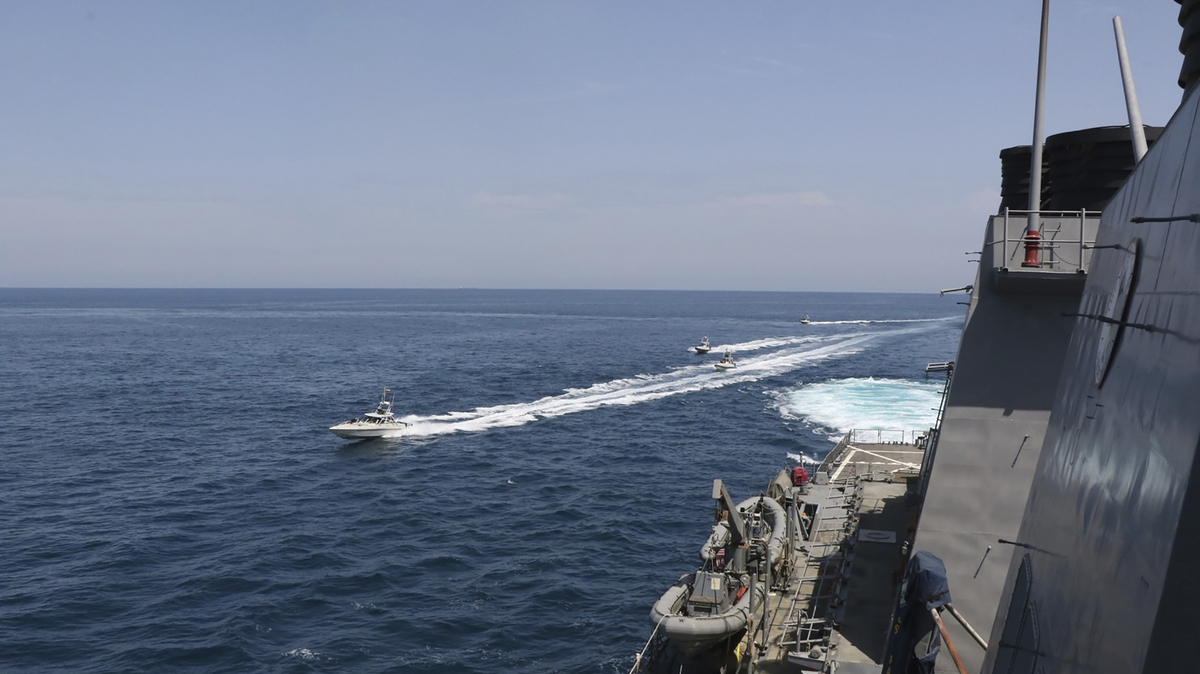 Iranian Revolutionary Guard boats come close to a U.S. warship in the Persian Gulf near Kuwait, in this photo provided by the U.S. Navy.

President Trump says the U.S. Navy should fire on Iranian boats if they continue to harass U.S. warships in the Gulf, a move that raises the prospect of open hostilities between the two rivals.

The president’s Wednesday morning tweet came shortly after Iran announced it had successfully launched a military satellite into orbit for the first time.

With the U.S. and Iran both battling to control a coronavirus outbreak at home, the ongoing friction between the two countries had receded from the headlines.

But Wednesday’s developments point to an escalation of tensions that have been building in recent days.

Last week, U.S. military ships were in the northern Persian Gulf for exercises. The U.S. warships were in international waters, though relatively close to Iran.

I have instructed the United States Navy to shoot down and destroy any and all Iranian gunboats if they harass our ships at sea.

Iran sent small boats, known as “fast boats,” toward the American warships, with one coming as close as 10 yards, according to the Navy, which released a video. The Pentagon accused Iran of sending 11 fast boats to make “dangerous and harassing approaches” to six American warships.

These kinds of standoffs in the Gulf have been taking place for many years. The U.S. and Iran usually observe unwritten rules and the confrontations rarely escalate into actual hostilities, with occasional exceptions.

However, Trump’s instruction for the Navy to shoot Iranian boats raises the ante.

Air Force Gen. John Hyten, the vice chairman of the Joint Chiefs of Staff, spoke to reporters at the Pentagon shortly after Trump tweeted. Hyten said he “liked that the president warned an adversary.”

In a separate development also likely to heighten tensions, Iran’s Revolutionary Guard Corps said it had launched a military satellite into orbit for the first time. This raised the possibility that Iran could use the technology to develop intercontinental ballistic missiles.

“Today, the world’s powerful armies do not have a comprehensive defense plan without being in space, and achieving this superior technology that takes us into space and expands the realm of our abilities is a strategic achievement,” Gen. Hossein Salami, the leader of the Revolutionary Guard, was quoted as saying by The Associated Press.

Trump has pursued a policy of “maximum pressure” against Iran, which has included the U.S.’s unilateral withdrawal in 2018 from an international nuclear deal with Iran.

Iran has subsequently abandoned the limitations of the treaty and has pushed to expand its capabilities in areas outside the treaty, including satellite launches. Iran experienced several failed launches in recent months.

U.S.-Iran tensions ratcheted up near the end of last year. In January, the U.S. carried out an airstrike that killed Iran’s most prominent military official, Qassim Soleimani. Iran responded with missile strikes on military bases in Iraq that were hosting U.S. forces.

The two countries pulled back from that confrontation, but the latest developments point to the possibility of a new round of tensions.