Jeffrey Greenberg/Universal Images Group via Getty Images Apple is now “a top pick” and was added to JPMorgan’s Analyst Focus List with a $350 price target, according to an analyst note published Friday morning. The bank was impressed by Apple’s resilient second quarter earnings report, driven by momentum in the company’s iPhone and Services business.… 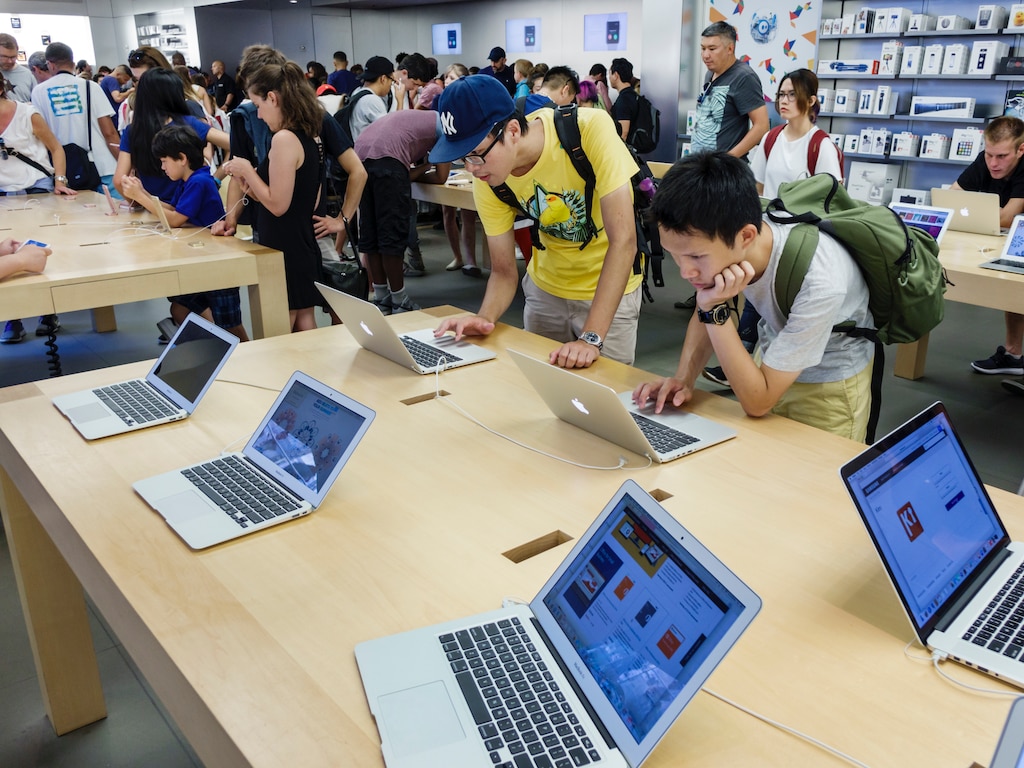 The iPhone maker was added to JPMorgan’s Analyst Focus List and called “a top pick.”

JPMorgan rates Apple as overweight and increased its price target to $350 from $335, representing potential upside of 19% based off of Apple’s closing price on Thursday of $293.80.

The bank thinks “investor positioning ahead of the upcoming 5G cycle” will benefit the shares going forward, and gave six reasons why Apple shares should outperform.

Read more: The best small-company stock picker of the past 5 years tells us what he added to his portfolio after the market crashed – and shares his 3 favorite investments for the next decade

1. “Better than expected momentum continuing for the new iPhones launched in September 2019, which would have enabled Apple to hit the high-end of its prior issued guidance range for FQ2, but for COVID-19.”

3. “Underappreciated leverage to the Work From Home and online learning trends, which are benefiting both iPad and Mac revenues, and acting as an offset to the challenges in retail demand while stores are closed.”

4. “Better than expected resilience of Services, which posted another +17% growth quarter.”

5. “Despite slowdown in Services revenue (specifically advertisements and Apple Care) seen in March and early April, there are already improving trends in advertisement revenues exiting April (as cited by Alphabet) and there is likely to be an unwind of pent-up demand in Apple Care once stores open.”

6. “Balance sheet strength and confidence in the resilience of business outlook, which enabled Apple to raise quarterly dividends by 6% and announce an incremental $50 billion annual share repurchase run-rate.”

JPMorgan’s $350 price target is derived from a sum-of-the-parts valuation based on its December 2021 earnings-per-share estimate of $16.80 and a blended price-earnings ratio of 21. Shares of Apple were up as much as 1.7% in Friday morning trades to $299.00.